(Santa Fe, NM) –  The second of the New Mexico Museum of Art series of exhibitions - Alcoves 20/20 #2 - opens Saturday, October 19, 2019 and features work by contemporary New Mexican artists Jen Pack, Heather McGill, Daniel McCoy, Marietta Patricia Leis, and Sarah Stolar. Running through December 15, 2019, the exhibition’s Opening Reception will be held Friday, October 18, 5-7 p.m., followed by a conversation with the artists on Friday, October 25, 5:30-6:30 p.m. Both events will be at the New Mexico Museum of Art, 107 W Palace Ave, in Santa Fe.

Conversation with the Alcoves 20/20 #2 Artists

The Alcoves Series was relaunched in March of 2012 and has consisted of rotating exhibitions every few years which focus on new work by contemporary New Mexican artists. Since 2012, 80 New Mexican artists have exhibited their work. Alcoves 20/20 will feature work by 30 new artists. The series is curated by Merry Scully, the Museum of Art’s curator of contemporary art, and follows a format which derives from the founding of the New Mexico Museum of Art in 1917.

Alcoves 20/20 will consist of a series of six exhibitions featuring five artists at a time. Curator Merry Scully said of the series, “There are so many excellent artists who have made New Mexico their home. The Alcoves Series gives us a chance to focus on a few of these artists and to generate conversation around their work.” This conversation will be made possible through the inclusion of a public reception and in gallery conversation with the artists.

Artists from across the state and in all stages of their careers have been included in the series. Such internationally recognized artists as Harmony Hammond and Susan York have exhibited works, as well as emerging artists, including Michael Borowski and Jared Weiss. The fast turnover and focus on what the artists are making at present resulted in many artists trying new things, and creating new works and installations specifically for their Alcove. In addition to the artists included in the exhibitions, dozens more were considered, and many visits to galleries and artists’ studios took place over the course of the past two years.

Nearly one hundred years ago, the New Mexico Museum of Art was built as part of a program to encourage artists to come live and work in New Mexico, and to this day the state continues to be a haven for serious working artists.

Alcoves 20/20 is supported in part by the Friends of Contemporary Art + Photography.

About the New Mexico Museum of Art

107 West Palace Avenue, Santa Fe, New Mexico, just off the downtown Plaza in Santa Fe, NM 87501.   24 Hr. Recorded Message: (505) 476-5072; Front desk: (505) 476-5041. Hours: 10 a.m. to 5 p.m. daily, May through October; closed Mondays November through April, closed Easter Sunday, Thanksgiving, Christmas, and New Year’s. Events, news releases, and images about activities at the History Museum and Palace of the Governors and other in divisions of the Department of Cultural Affairs can be accessed at media.newmexicoculture.org. 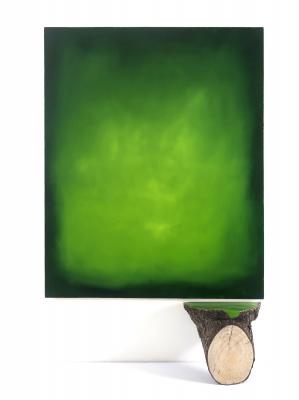