SANTA FE – Explore the latest online programming from the New Mexico Department of Cultural Affairs (DCA), bringing the state’s unique blend of cultures into your home through its museums, historic sites, and cultural institutions.

In commemoration of the 100th anniversary of women’s suffrage across the United States, the online exhibit El Voto Femenino at the National Hispanic Cultural Center features Latinos from the international Hispanic diaspora who were instrumental in the women’s suffrage movement worldwide, including three New Mexicans who helped pushed passage of the 19th Amendment across the state. Additionally, visit the NHCC’s History and Literary Arts webpage for activities related to the El Voto Femenino exhibit.

In a new online video series called "Alexandra’s Adventures," instructional coordinator Alexandra McKinney of New Mexico Historic Sites explores the southern part of the state, bringing the past alive through stories of its people and its most interesting places. Her first lesson is on the developments that led to a large political riot that broke out on the Mesilla Plaza in August 1871, which resulted in 35 injuries and nine deaths.

"Innovation in Archaeology," a new weekly virtual speaker series from the Museum of Indian Arts & Culture and the Center for New Mexico Archaeology, debuts at 6 p.m. on Wednesday, July 15. The hour-long online lectures focus on scholars who provide alternate perspectives to viewing the past in the Southwest. The first will feature Louie Garcia (Tiwa/Piro Pueblo), who is part of the Cedar Mesa Perishables Project, a team of archaeologists and Pueblo weavers who’ve documented prehistoric perishable collections in various museums and institutions across the country.

Here are other interesting programs from across the Department:

•  The New Mexico Museum of Art will be releasing a virtual activity series featuring four women artists from their collection. The first packet will be published this week and will focus on Pansy Stockton, an assemblage artist who showed her work at the museum in the 1940s and 1950s.

•  The Office of Archaeological Studies (OAS) YouTube channel features archaeologists at work. Each of these videos demonstrates the variety of tasks that the archaeologists at the OAS perform each day, whether it is using a total station in the field or replicating a rabbit fur blanket for display.

•  Check out this video on Facebook featuring the wildlife that typically visits the Kiwanis Learning Garden at the New Mexico Museum of Natural History & Science this time of year. Can you find any of these critters outside your home?

•  Explore 10 highlights from the Alexander Girard Wing online at the Museum of International Folk Art.

More information related to social media and online resources for each division of DCA is available upon request.

About the New Mexico Department of Cultural Affairs Created in 1978 by the New Mexico Legislature, the Department of Cultural Affairs (DCA) is New Mexico’s cultural steward, charged with preserving and showcasing the state’s cultural riches. With its eight museums, seven historic sites, arts, archaeology, historic preservation, and library programs, the DCA is one of the largest and most diverse state cultural agencies in the nation. Together, the facilities, programs, and services of the Department support a $5.6 billion cultural industry in New Mexico.

Events, news releases, and images related to activities in divisions of the DCA can be accessed at media.newmexicoculture.org. 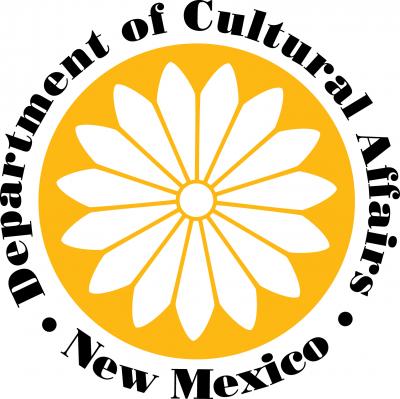