All New Mexico state museums and historic sites are currently closed. Find out more about how we are keeping our staff and visitors safe. 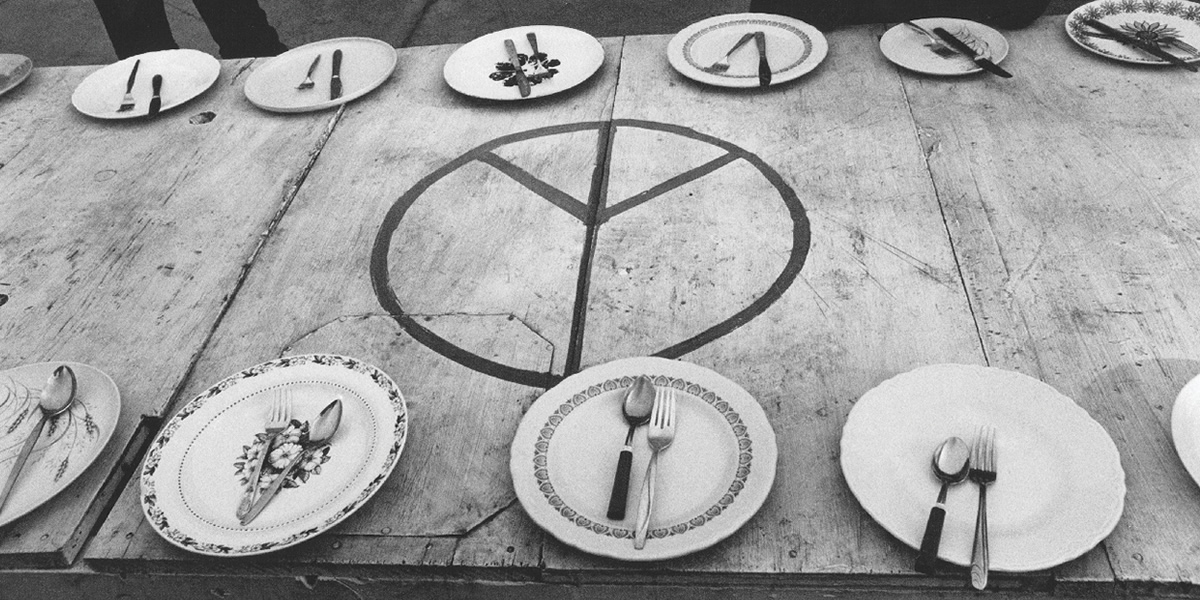 Through October 1, 2017: Sleeping During the Day: Vietnam 1968: New Mexico History Museum (NMHM) — photographic exhibition by Herbert Lotz tells the story of a young gay man serving in Vietnam in 1968, and depicts others who served amidst the rising disillusionment with the war that, in part, catalyzed the counterculture movement.

Through February 11, 2018: Voices of Counterculture in the Southwest at the New Mexico History Museum (NMHM) — spans two decades of New Mexico’s role in the era’s protests, communes, experimentation, and creation of environmental and Native activist groups (see page 9).

August 8 & 13, 2017: The Santa Fe Desert Chorale’s performance of Liberté and Justice — traces the evolution of spirituals through the protest movements of the 1960s and into today.

Ongoing through October 2017: Into the Future: The Cultural Power of Native Art: Museum of Indian Arts and Culture (MIAC) — revealing self-determination and cultural power in Native American Art, as well as the past, present, and future of the artists and their communities.

On display in the Bataan Building Atrium Gallery: Touching Beauty Now, sculpture by Santa Clara Pueblo’s Michael Naranjo, celebrated the world over for his bronze and stone forms suspended in fluid, graceful movement. In 1968, Naranjo lost his sight after a combat injury in Vietnam, and feared he would never create art again. He did, in fact, learn to sculpt blind, a testament to the artist’s unstoppable passion for art, beauty, and his roots in an artistic family.

Letter from the Secretary

Drawing Lessons from the Summer of Love

Art of the Draw

Museum of Indian Arts and Culture