All New Mexico state museums and historic sites are open to the public. Some programs and venues may not be fully operational. Find out more about how we are keeping our staff and visitors safe.

Join the adventure Into Americas Wild, a new film showing at the Verus Research DynaTheater inside the New Mexico Museum of Natural History and Science

ALBUQUERQUE – The New Mexico Museum of Natural History and Science is pleased to present the documentary “Into America’s Wild,” now showing at noon and 2 p.m. at the Verus Research DynaTheater. Narrated by Academy Award winner Morgan Freeman and directed by Academy Award nominee Greg MacGillivray, the film takes viewers on a cross-country adventure into the hidden natural wonders of North America.

From MacGillivray Freeman Films, award-winning producers of the hit documentary “National Parks Adventure,” “Into America’s Wild” is a non-stop ride via kayak, bike, train, hot air balloon, zipline, kite surfboard, and more into some of the most beautiful yet unfamiliar landscapes of the continent. From the wilds of Alaska and the lush coastline of Oregon to the ancient canyons of the Southwest and the rolling hills of the Appalachian Trail, the documentary is wall-to-wall with natural treasures and the joy that comes from spending time in nature.

Guiding this journey are three trailblazers – Native American astronaut John Herrington, Alaskan pilot and youth advocate Ariel Tweto, and record-breaking long-distance hiker Jennifer Pharr Davis – who share a passion for connecting people to experiences in the wild. As they wind their way through the scenic byways, ancient homelands, secret gems and hidden trails of America, viewers will discover the special human connection we all share with the natural world.

“Into America’s Wild is not only a non-stop adventure to some of America’s most stunning but little-known natural landscapes and trails, it’s also a vital exploration into how being in nature can spark peak experiences that improve our lives,” said Greg MacGillivray, chairman of MacGillivray Freeman Films and director of “Into America’s Wild.” “We set out to show North America’s infinite beauty, but also the magic that nature can work on every one of us, how it invites us to be part of something bigger than ourselves."

“Studies show that spending time in nature makes us more creative, more energetic, and that it’s crucial to our overall well-being,” added Shaun MacGillivray, the film’s producer and president of MacGillivray Freeman Films. “With the full immersive impact of the giant screen IMAX experience, ‘Into America’s Wild’ invites viewers to connect to their inner trailblazer and set out on their own outdoor adventures, whether it’s a trip to the mountains or desert or a walk in their neighborhood park. Nature reinvigorates us and makes us feel more alive.”

“Into America’s Wild” is appropriate for all ages and has a runtime of 40 minutes. For more information, visit www.intoamericaswild.com.

Operated by the New Mexico Museum of Natural History Foundation, the Verus Research DynaTheater is located at 1801 Mountain Road in Albuquerque. For more information, including details on how to purchase tickets, call 505-841-2851 or visit www.nmnaturalhistory.org.

About MacGillivray Freeman Films
MacGillivray Freeman Films is the world’s foremost independent producer and distributor of giant-screen 70mm films with 45 films for IMAX® and giant-screen theaters to its credit. Throughout the company’s 50-year history, its films have won numerous international awards including two Academy Award® nominations and three films inducted into the IMAX Hall of Fame. MacGillivray Freeman’s films are known for their artistry and celebration of science and the natural world. It is the first documentary film company to reach the one billion dollar benchmark for worldwide box office. For more information about the company, visit www.macgillivrayfreemanfilms.com. 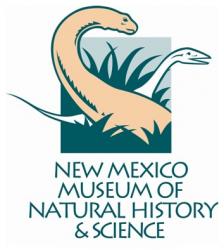