Acclaimed organist Damin Spritzer will perform a concert on the Frederick R. Haas Pipe Organ in the St. Francis Auditorium on October 21. Scheduled for 5:30pm in the New Mexico Museum of Art’s historic auditorium, the concert will include pieces by Pierre Kunc, René Louis Becker, William Grant Still, Mary Howe, and other notable composers.

The Frederick R. Haas Pipe Organ recently underwent the second phase of its renovation, which included the installation of a lift that will allow the console to be placed on the stage. Future work will include a player reel that will enable the museum to have daily automated concerts.

Organist Damin Spritzer serves at Area Chair and Associate Professor of Organ at the University of Oklahoma, a position she has held since 2014. Formerly Adjunct Professor at the University of North Texas teaching Organ Literature and Sacred Music, she continues work with the Cathedral Church of Saint Matthew in Dallas as Artist-in-Residence for Cathedral Arts.

Spritzer received her doctorate from the University of North Texas, her Master of Music from the Eastman School of Music, and her Bachelor of Music from the Oberlin Conservatory of Music. Alsatian-American composer René Louis Becker (1882-1956) was the topic of her doctoral research, and she edits a continuing multi-volume critical edition of Becker’s organ music for Wayne Leupold Editions, which will release her monograph on the composer.

She has performed at historic churches and instruments in Iceland, Germany, France, Brazil Italy, Israel, England, and Norway, and has been honored to contribute to regional and national convention performances and lectures for the American Guild of Organists in Austin, Kansas City, Denver, Dallas, Columbus, and Seattle. Her 2022/23 performances include venues in the United States as well as in Germany, Belgium, and England. Performances in the United States have included the Walt Disney Concert Hall in Los Angeles; two appearances with the Piccolo Spoleto Festival in Charleston; the University of Houston 2012 Conference on Historical Eclecticism: Organ Building and Playing in the 21st Century; the Meyerson Symphony Center in Dallas, and the 2017 International Trombone Festival in Redlands, California.

Spritzer’s sixth CD, recorded in England in 2022, is slated for release this coming fall. Her acclaimed fifth CD for Raven Recordings was recorded in England where she was the first American and the first woman to record at historic Hereford Cathedral on the landmark Fr. Willis organ. It received a four star review from Choir & Organ and five stars from Organists Review, which said, “Damin Spritzer’s performance is spellbinding – and her wide-ranging program notes are fascinating….on so many levels this CD impresses as as serious undertaking.”

Tickets for the concert are $15 for general admission and $10 for members of the New Mexico Museum Foundation. Tickets are available on the museum’s website, https://nmartmuseum.org. 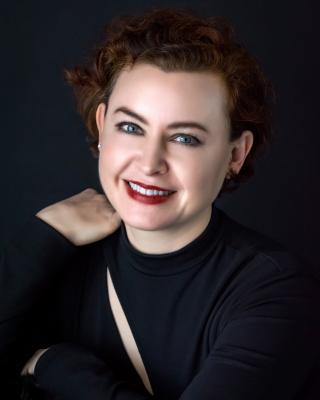 Take a look inside the museums and historic sites of New Mexico without leaving home. Join host Charlotte Jusinski, and a variety of guest curators, artists, and exhibitors in exploring the art and culture of the state in Encounter Culture, a new podcast from the New Mexico Department of Cultural Affairs.