(Santa Fe, N.M.) - Zoe Sloan Callan, a junior at Native American Community Academy in Albuquerque, beat out seven other high school students from across New Mexico in the 15th annual Poetry Out Loud state finals inside St. Francis Auditorium at the New Mexico Museum of Art on March 8.

Callan will represent New Mexico in the national finals of Poetry Out Loud: Recitation Contest in Washington, D.C., in April. As state champion, she won $200 and her school will receive a $500 stipend toward the purchase of poetry books for the school’s library. She was also named state champion in 2018.

Callan recited three poems from the Poetry Foundation anthology: "Abecedarian Requiring Further Examination of Anglikan Seraphym Subjugation of a Wild Indian Rezervation" by Natalie Diaz, "To be of use" by Marge Piercy, and "’Hope’ is the thing with feathers" by Emily Dickinson.

The panel of judges evaluated each student’s performance on criteria that included physical presence, dramatic appropriateness, voice and articulation, evidence of understanding, and accuracy.

On April 28, students grouped in three national geographic regions will compete in semifinal competitions to be held at the Lisner Auditorium in Washington, D.C., with nine students (three from each region) advancing to compete in the National Finals in the Terrace Theater at the John F. Kennedy Center for the Performing Arts on April 29. The top prize in the National competition is $20,000.

Poetry Out Loud is a partnership of the National Endowment for the Arts, the Poetry Foundation and state arts agencies. The New Mexico portion of the national poetry recitation contest is sponsored by New Mexico Arts, a division of the New Mexico Department of Cultural Affairs.

Poetry Out Loud encourages high school students to learn about great poetry through memorization and performance and is the creation of the National Endowment for the Arts and the Poetry Foundation. About 365,000 students nationwide took part this year at the classroom level.

About New Mexico Arts, National Endowment for the Arts, and the Poetry Foundation

New Mexico Arts, a division of the Department of Cultural Affairs, is the state arts agency. New Mexico Arts administers the state’s One Percent for Public Art program, awards grants to nonprofit organizations for arts and cultural programs in their communities across the state, and provides technical assistance and educational opportunities for organizations, artists, and arts educators throughout New Mexico.

The National Endowment for the Arts is a public agency dedicated to supporting excellence in the arts – both new and established – bringing the arts to all Americans, and providing leadership in arts education. Established by Congress in 1965 as an independent agency of the federal government, the Endowment is the nation’s largest annual funder of the arts, bringing great art to all 50 states, including rural areas, inner cities and military bases.

The Poetry Foundation, publisher of Poetry magazine, is an independent literary organization committed to a vigorous presence for poetry in our culture. It has embarked on an ambitious plan to bring the best poetry before the largest possible audience.

Events, news releases, and images related to activities in divisions of the DCA can be accessed at media.newmexicoculture.org. 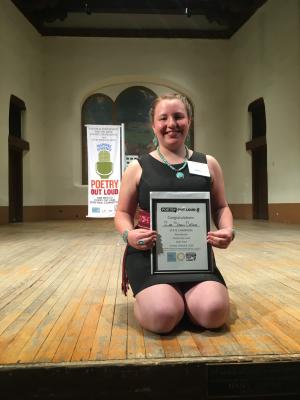